The curious case of the left-handed mouse in webforms

In OAS (10.1.2.0.2), webforms, when using a left-handed mouse to expand a menu, the tree node is not expanding. No error is given.
For example, in ‘Material Workbench’ select the ‘+’ to expand ‘Organizations’ in the menu.
Left and right button does not do anything.
Also, the left handed users are having difficulties in moving screens with the mouse.

Solutions
1 Install  Sun Java (5.0.6)  instead of  Jinitiator. This definitely works. Wrote another post on this matter to use Sun instead of Jinitiator.
2 Update of the (Microsoft Intellipoint) mouse-driver. Did not work for us. Problems with the mouse-driver in our environment
3 Oracle work-around in the note: use a right-handed mouse… => no comment.
4 Use the keyboard for that part of the functionality. We got unexpected results from this. At first it seems to be working, but the results didn’t match the results when we use the (right-handed) mouse. Also you have to program the ‘focus’ of the mouse or cursor in that case.

As there is no support for Jinitiator anymore, and the Intellipoint didn’t do what we expected, we’ve chosen for nr 1. 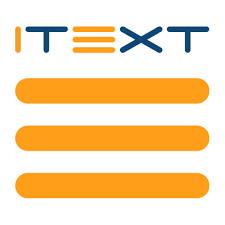 Creating PDF’s with PL/SQL and itext

There are several ways to create PDF’s, on the client (e.g. PDFCreator) or on the middletier.
But to create PDF’s merely with packages in the database, that’s another story. Even Apex uses some Java on the middletier.
The product PLPDF on the other hand is a well known utility which provides this functionality (using open-source ‘itext’), but.. you have to pay for this.

END_OF_DOCUMENT_TOKEN_TO_BE_REPLACED

A project is using Sferyx in Webforms, and the file HTMLEditorLight.jar is used. But ‘copy and paste’ from outside the form to the editor is not working. Cause: the jar-file need to be signed. To sign a jar-file the tools ‘keytool’ and ‘jarsigner’ is needed. But… why not use a script from e.g. webutil:  sign_webutil.sh? With a few adjustments it’s a quite common, usable script.

Below is the script. In bold the variables which you need to adjust. Beware of the different paths for ‘keytool’ / ‘jarsigner’ !

#!/bin/sh
#
# sign_jar.sh
#
# Copyright (c) 2002, 2004, Oracle. All rights reserved.
#
#   NAME
#      sign_jar.sh – Sample script to sign jar-files
#   USAGE
#      sign_jar.sh <jar_file>
#      jar_file : Path of the jar file to be signed. Prefer to use forward
#                 slash instead of back-slash. Otherwise, some characters may
#                 be strangely escaped. e.g. \f may be printed as ‘female’
#                 symbol character on some systems.
#   NOTES
#      This script uses keytool and jarsigner utilities, which usually comes
#      along with JDK in its bin directory. These two utilities must be
#      available in the PATH for this script to work. Otherwise, signing
#      will fail even though the script may show a successful signing.
#
# The following are the Distinguished Names for keytool. You can change them
# to generate your own key.
# CN = Common Name
# OU = Organization Unit
# O  = Organization
# C  = Country code
#
# Certificate settings:
# These are used to generate the initial signing certificate
# Change them to suite your organisation
#
DN_CN=”Example Firm”
DN_OU=”Development Tools”
DN_O=Mydomain
DN_C=nl
#
# Give your keystore file
KEYSTORE=/home/oracle/dba/key/.keystore
#
# If KEYSTORE already exists, old KEYSTORE_PASSWORD for the keystore file must
# be correctly given here. If KEYSTORE does not already exist, any password
# given here will be taken for the new KEYSTORE file to be created.
#
KEYSTORE_PASSWORD=<keystore_passw>
#
# Give your alias key here.
#
JAR_KEY=<app_name>
#
# Key Password for the given key to be used for signing.
#
JAR_KEY_PASSWORD=<file_passw>
#
# Number of days before this certificate expires
#
VALIDDAYS=360 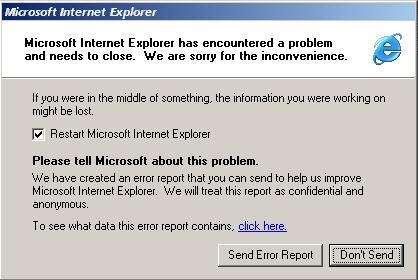 Problem: when running form modules using Internet Explorer and JInitiator 1.3.1.x, the browser window opens and crashes immediately before the applet starts. When using Mozilla Firefox, there’s no problem at all.

END_OF_DOCUMENT_TOKEN_TO_BE_REPLACED

Sun JRE instead of Jinitiator with Forms and Webutil

Running Forms and Webutil with Sun Java 5.0.6 instead of Jinitiator.

And you know what:  it’s faster and has more functionality I’ve been told…
First you need the java-file. In this case: jre15006.exe.

Initially I found it hard to find on the site of Sun – didn’t even know the name of the file I was looking for…
Found it at http://www.muangyacctv.com/download/JAVA but if you keep searching the Sun-website, you will find it here:

Then: where shall I put the file? The application server expects the file in /forms/jinitiator.
In forms.conf this is defined as:
AliasMatch ^/forms/jinitiator/(..*) “/software/oracle/middle/jinit/$1”